Rubber City Comics is the place to go for any comic book fans, young or old.

Rubber City Comics began in a small room inside Quaker Square, where it was called “Quaker Square Comics.” There, the store sold comic books but also a conglomerate of kick-knacks such as souvenirs, T-shirts, candy and more. 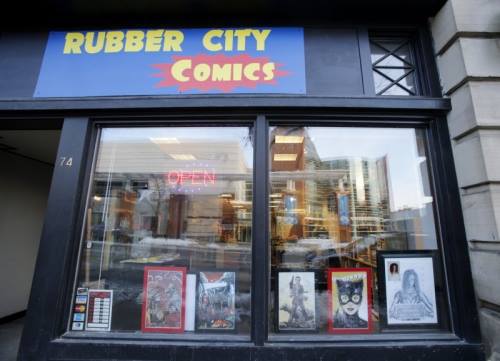 Owner Scott Malensek said there are three things that make Rubber City Comics stand out from other comic book stores: the customers, the free subscription service, and the consignment.

“We’re defined largely by the people right around us. We let the customers help evolve us and develop,” Malensek said. “And that’s where we have our focus. We’re a reflection of our customers.”

Manager Tom Hoff said the subscription service is flexible enough so that if someone wanted to jump on or jump off, it’s a quick process.

Rubber City Comics attracts a variety of age groups –from young children to adults. For these people, the store is not just a place to buy comic books and leave; many come just to hang out and speak the language. The staff enjoys talking with customers and hanging out with people who like the same conversations and interests. 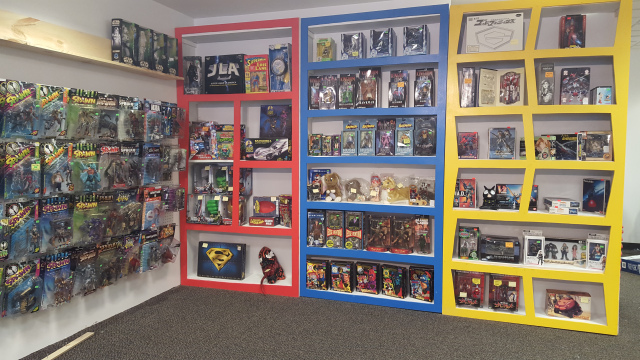 “This is a destination. It’s the kind of place where people come,” Hoff said. “We have built a community.”

One unique thing that Rubber City Comics does is host a comic fan get-together on the last Saturday of every month. From 2:30 p.m. to 5 p.m., guests can watch a comic-related movie as well as discuss ideas.

If you’re a comic book fan, or are interested in becoming one, stop by at Rubber City Comics for a fun and unique experience! Their hours are Mondays through Wednesdays from noon to 6 p.m., Thursdays and Fridays from 1:30 p.m. to 6 p.m., and Saturdays from noon to 5 p.m. For more information, check out their Facebook and Twitter. 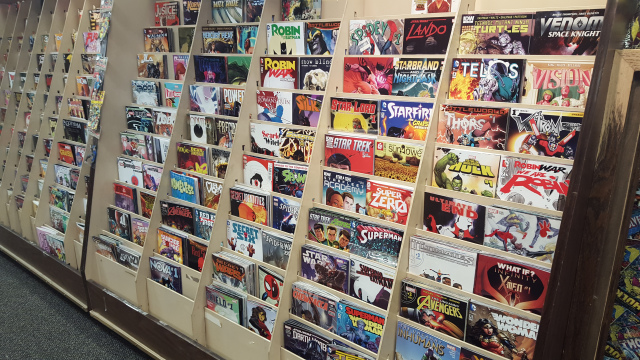