On Saturday, June 25, during a Phuture Boogie roller skating event, DAP was honored to welcome five-time Guinness world record holder Dinesh Sunar to Cascade Plaza, where he was to attempt to break yet another world record. 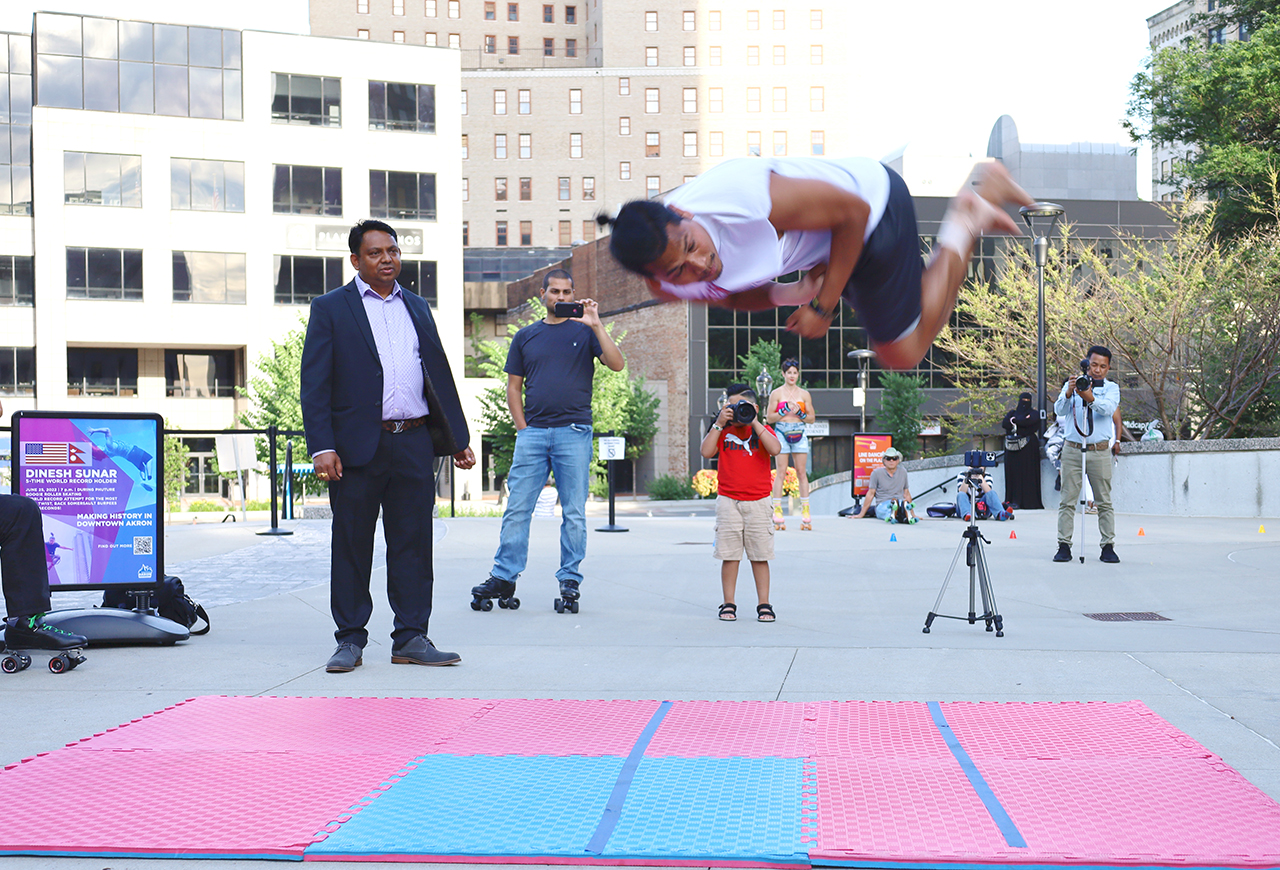 Known as the “Parkour King” by one publication in Nepal, where he holds celebrity status, Sunar broke the record for the most standing, twisting backflips in 30 seconds. He did this in March 2021 at Sunshine Taekwondo Academy on Brittain Road. He has attempted to break multiple other records recently, too.

This time, his mission was to break the record for the most full twist, back somersault burpees in 60 seconds. The previous record, held by a Canadian resident, was nine.

Spoiler: He did it. 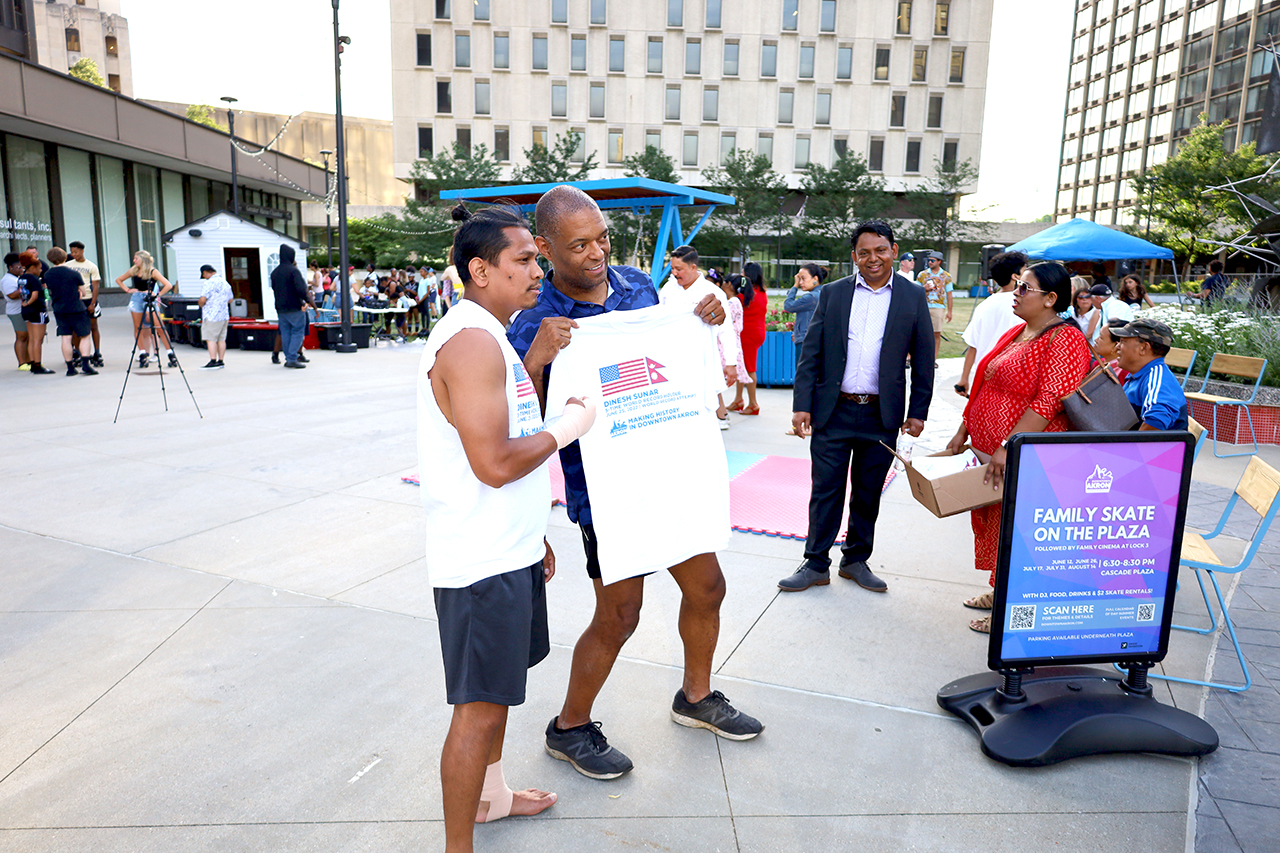 DAP met with Sunar and his sister-in-law, Hemanta Khati, in May, to discuss the possibility of Sunar attempting to break a record in downtown Akron. Khati translated for him, emphasizing his love for Akron and his desire to make history in downtown Akron. We thought that inviting him to make the attempt at one of our well-attended skate nights would be the perfect setup.

At 7 p.m., the music paused, chairs drew near, and dozens of onlookers on skates gathered around to witness the moment. Sunar’s friends and family held cameras and timers from various angles to ensure it would be recorded properly—and easily verifiable—by Guinness. 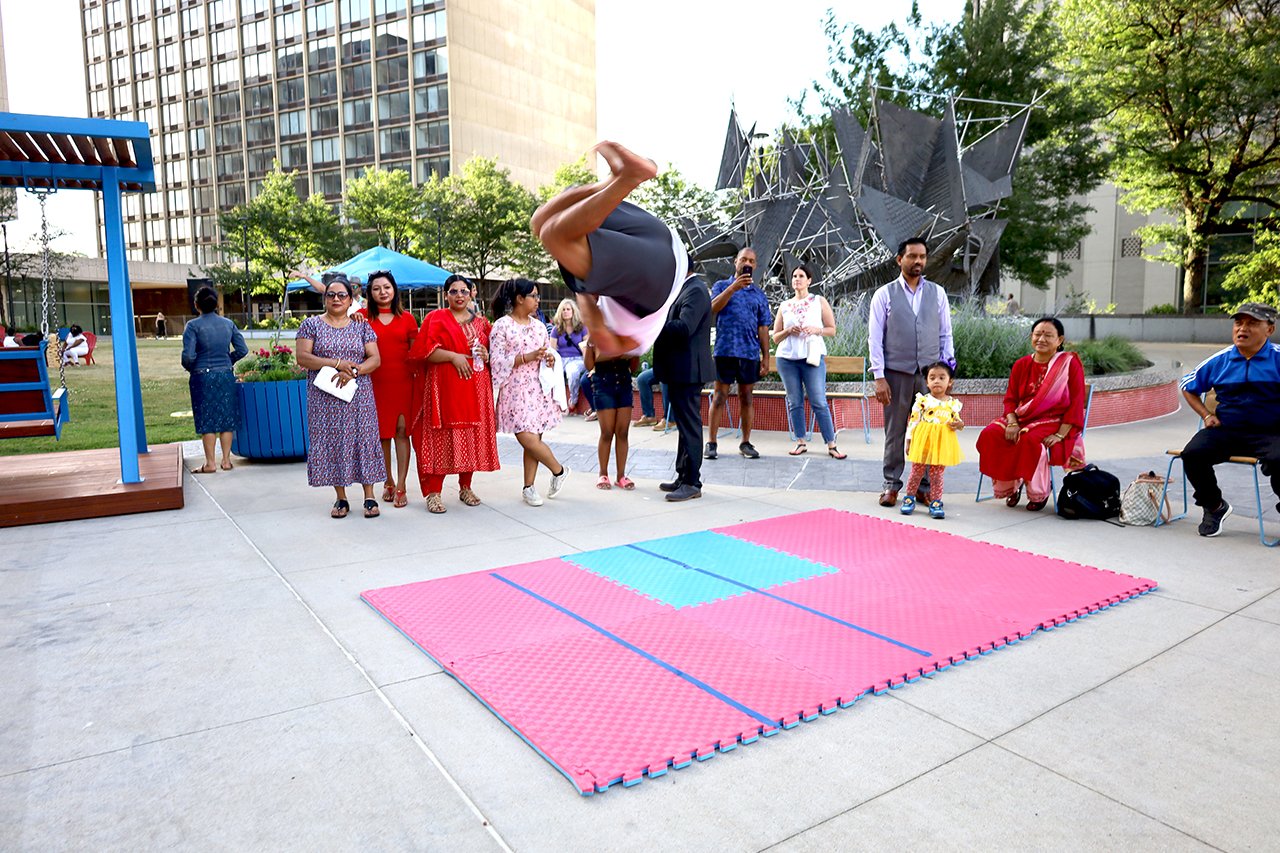 When the 60-second timer began, Sunar commenced his full twist, back somersault burpees, and the audience chanted a count each time he landed on his feet. When he surpassed nine, everyone cheered. When he reached 12 close to the 0:55 mark, the crowd was ecstatic.

Dinesh Sunar has done it again. All that’s left to do now is wait on Guinness to officially verify the record. 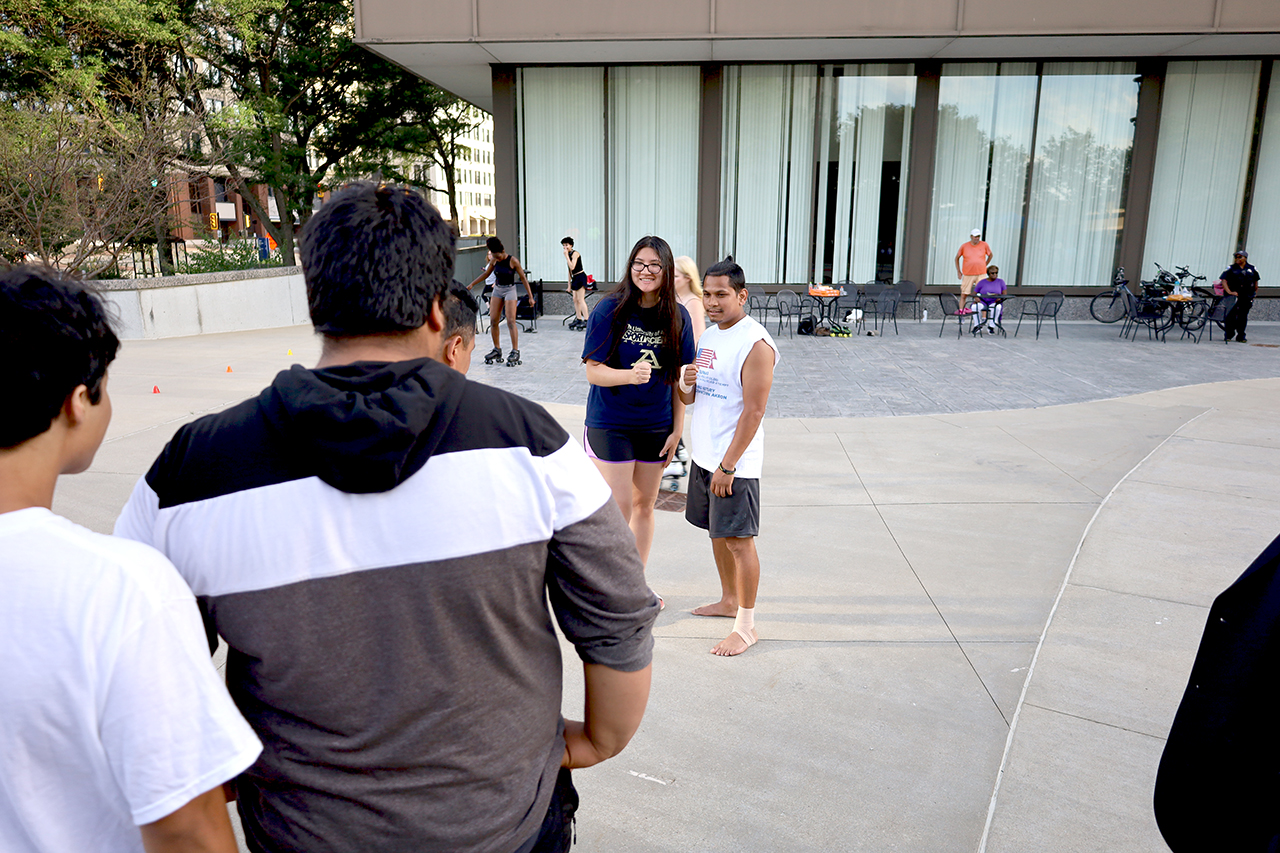 In an Instagram post Sunar shared following the event, featuring a video of his impressive feat, he wrote, “I feel so proud to Represent my Adopted home, Akron, Ohio, US, & my Native land, Nepal, making both countries proud.” DAP and everyone in the audience that day certainly feels proud, too, to have witnessed this history being made in downtown Akron, and to have shared in the uncommon experience of seeing a world record broken before our very eyes.