A Look at Main Street Wayfinding

When you think of wayfinding—if you ever think of wayfinding, or if you’ve ever even heard the word “wayfinding”—you probably think about simple directional signs. According to Guide Studio, however, who DAP contracted to design and implement a plan that would help downtowners find their way around the neighborhood, wayfinding is about so much more than mere signage.

It’s about letting people know they’ve arrived, and making people feel welcome the moment they arrive. It’s about creating a sense of safety and comfort, and about kindling a sense of character that’s specific to the place where it is.

Downtown Akron was certainly in need of these things. Only a handful of years ago, downtown did not have a cohesive system of signage to help visitors find their way around and provide a sense of place. That’s why, in 2019, DAP worked with Guide to explore a way to fill this need in a way that would be helpful to all of downtown’s visitors, no matter their mode of transit. 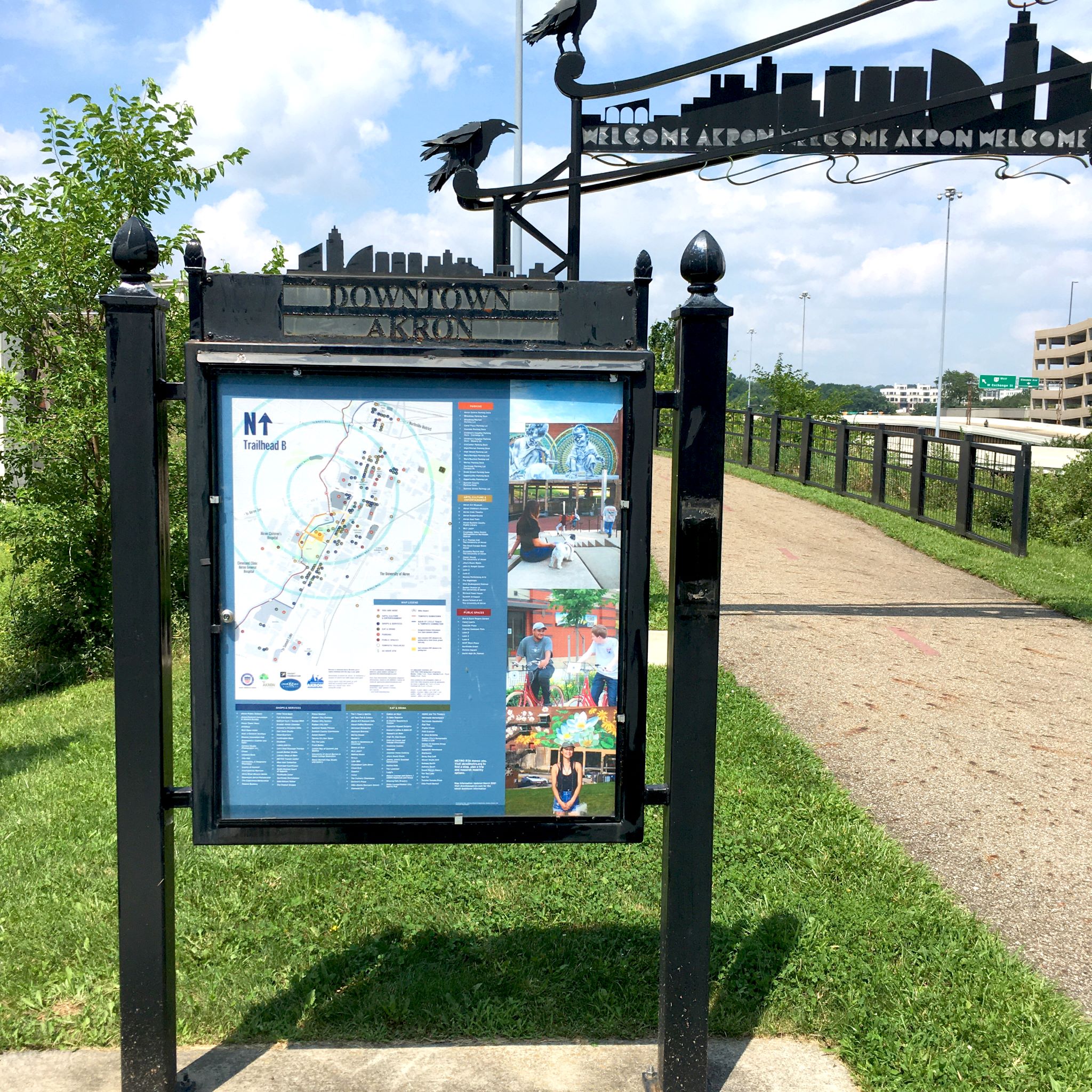 Developing such a welcoming downtown orientational system was no small feat—especially given the importance of consistent design that’s part of a standard system that can easily be maintained, updated, and expanded as necessary. But after a thorough planning process that was punctuated by a pandemic and involved downtown stakeholders including business owners, residents, city representatives, and others, we did it. The new system was installed in early 2022.

Main Street’s wayfinding consists of three elements, all part of the same system and with consistent branding: 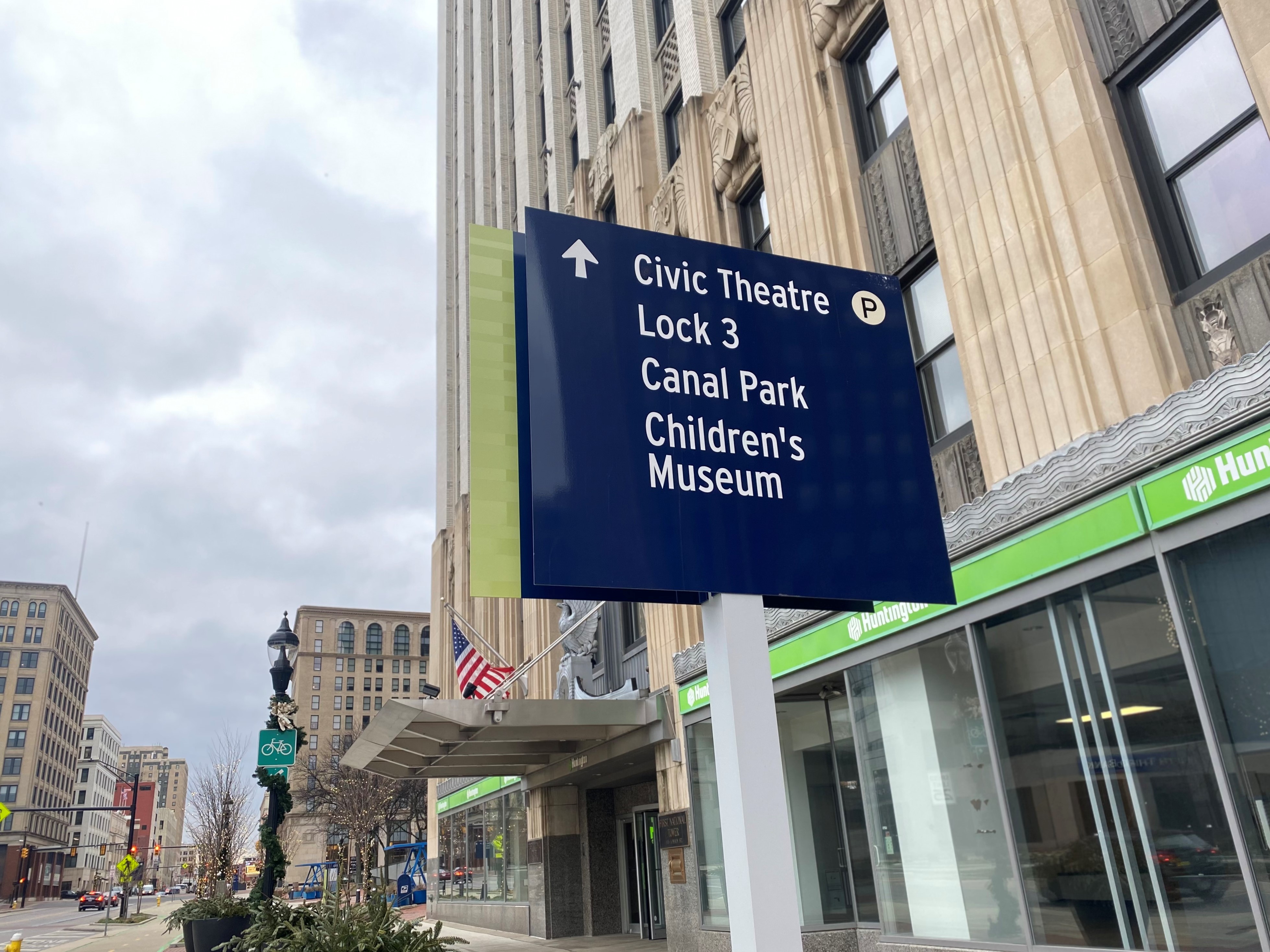 Main Street’s new wayfinding elements help give coherence to downtown’s signage and branding, which is imperative when it comes to fostering a strong sense of identity in the neighborhood—and when it comes to making visitors feel safe, comfortable, and considered. This is why, beyond the signs along the road, Towpath, and at entrances to parking decks, DAP also makes sure to implement coordinating branding when creating other maps and collateral for the district.

A great example of this is our tear-sheet map, which matches the pedestrian-oriented kiosk maps and lists all the possible destinations visitors may want or need to go, or informational resources they may find helpful. We update these maps annually and distribute them to many of downtown’s anchor institutions, such as popular restaurants, hotels, and entertainment venues, so that downtowners can grab them, write on them, and take them along with them as they find their way around the neighborhood.

Although plans for wayfinding accelerated in 2019 with our contract with Guide, the project itself was a much longer time coming. Ten years prior, in 2009, DAP began working with designers to dream up a wayfinding plan for downtown, and resurrected said plan in 2016. By the time 2019 rolled around, we were more than ready to move forward in earnest, to unveil beautiful, cohesive signage along the length of Main Street just in time for the end of the multi-year construction project that updated the neighborhood’s infrastructure and dramatically improved the appearance and functionality of the district.

Have you noticed the great new downtown wayfinding? Have thoughts on it? Let us know!