Downtown Akron Partnership has big plans for the growing season in 2022. As Phase II of Main Street construction wraps up, we’re looking forward to bringing more planters, more color, and more blooms to downtown Akron–all while working closely with the City of Akron and Keep Akron Beautiful to ensure that decisions are made collaboratively and cohesively.

Here are the top three things we’re looking forward to in downtown beautification this year: 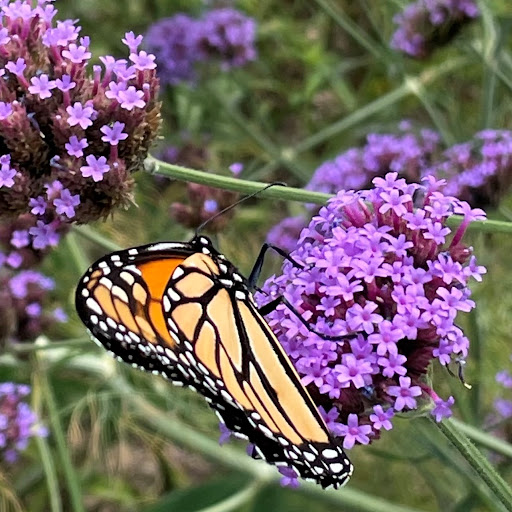 Above: A butterfly resting on a flower (Photo: DAP Staff)

Did you catch the buzz on the Butterfly Waystation at the Northside Green? DAP collaborated with Summit Metro Parks to update the space in 2020, and it now features a stunning, colorful ground mural by April Nicholson-Couch, butterfly-inspired furniture, and more than a dozen planters filled with native, perennial plants. These plants are great for our local bees and migrating butterflies–not to mention we think they’re extremely beautiful.

Now, in partnership with Keep Akron Beautiful, and with support from the Corbin Foundation, we’re working on bringing even more native, perennial plants to beautification displays across downtown Akron. 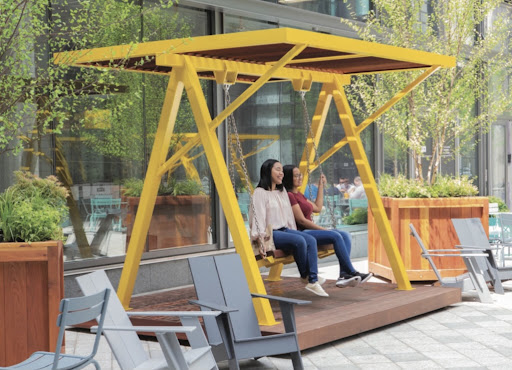 Above: A rendering of what the new swings on Cascade Plaza may look like (Rendered photo: Groundswell Design Group)

Cascade Plaza was once, in the words of DAP’s communications director, Dominic Caruso, “the Brutalist-est.” Located between office buildings on Main Street, it was all concrete. Today, it’s an atmospheric greenspace alive with outdoor events, and we’re excited to say it’s only getting better. 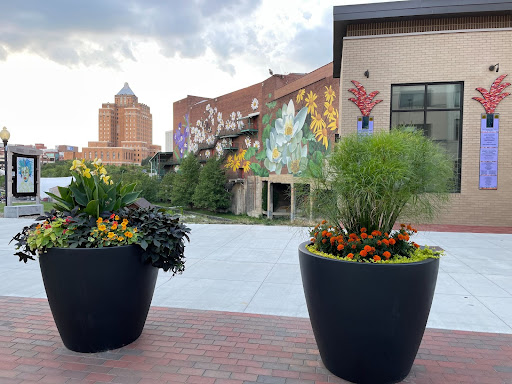 Above: Two planters on Main Street in 2021 (Photo: DAP Staff)

This year, we’re saying goodbye to any remaining concrete planters downtown and replacing them with self-watering ones. We first tested these self-watering planters from EarthPlanter on a prototype Main Street cycle track in 2017. Now, we’re putting them everywhere. The use of self-watering containers drastically reduces the amount of time our Ambassadors spend watering, which means there’s capacity to majorly increase the number of downtown beautification elements.

This year’s initiative will include 89 self-watering planters, 42 flower boxes, 104 self-watering hanging baskets, and eight in-ground displays. In the past, DAP had an adopt-a-planter program in which individual businesses and organizations got to “adopt” containers, decorate them, and fill them as they wished. The adopt-a-planter program sunsetted in 2018 to make way for a more consensus-driven, stakeholder-led, sustainability-centered beautification program in 2019. This means DAP collaborates with Keep Akron Beautiful and other downtown stakeholders to discuss plans for the growing season. We work together to figure out what to plant, where to plant it, and how best to maintain it so that downtown’s beautification elements are cohesive. 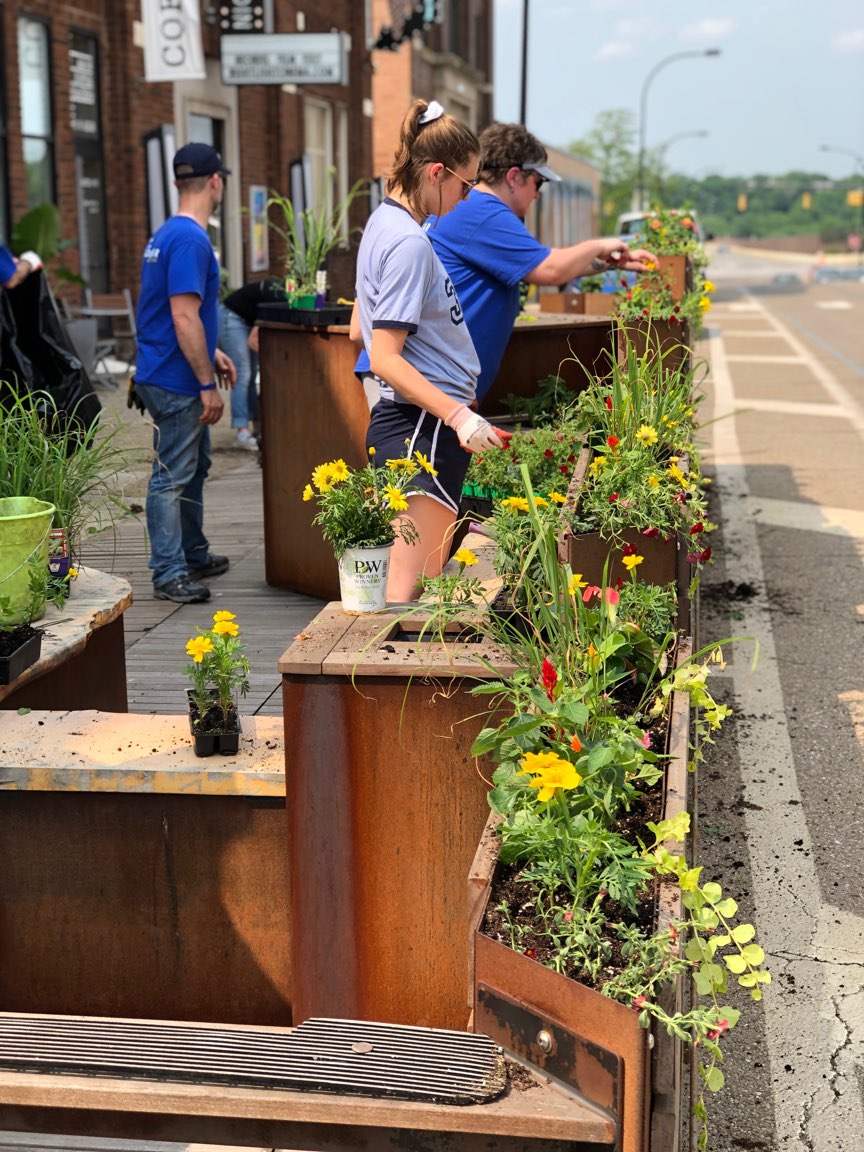 Above: Volunteers from Goodyear planting flowers at the North High Parklet in 2019 (Photo: DAP Staff)

As more intentionality has been put into downtown beautification efforts, public satisfaction levels with downtown’s physical appearance have risen significantly. In 2019, 59% of respondents to DAP’s General Survey were satisfied or very satisfied with downtown’s physical appearance. By 2021, that number was 91%. Respondents’ positive feelings toward flower baskets, boxes, planters, and floralscapes also rose from 72% in 2019 to 84% in 2021. Beautification efforts such as these create healthier environments in downtown, are more engaging to visitors, and help to build a neighborhood that is beautiful and open to all.