New visual and audio features have been installed in seven unused phone booths with the purpose of bringing art and streamed music to the sidewalks of Downtown Akron. 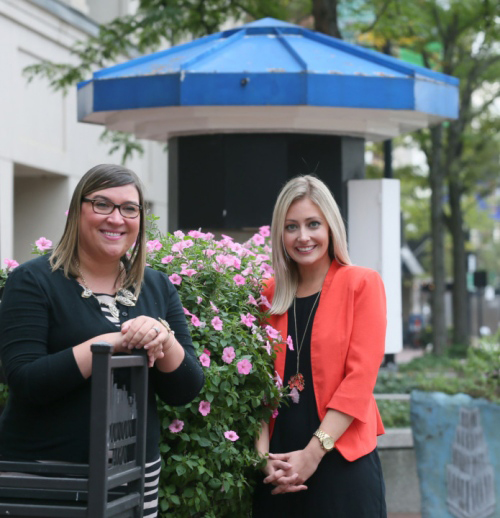 West Akron residents Allyson Boyd and Kat Pestian received a $4,000 grant from the John S. and James L. Knight Foundation through the Torchbearers’ S.P.A.R.C. (“Small Projects Achieving Real Change”) project to retrofit unused (and esthetically unpleasing) phone booths with speakers to stream music to the sidewalks of Downtown Akron. The project was dubbed “Sidewalks with Soul.” 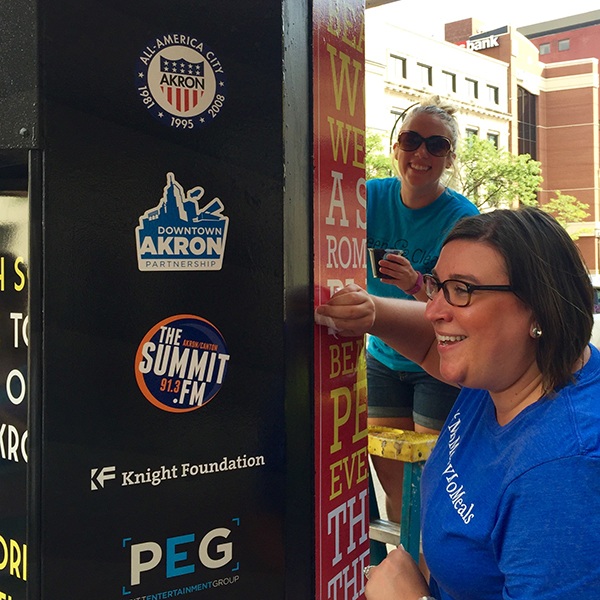 “When the project first began, we hoped to provide speakers alone, but because of the Downtown Akron Partnership, we secured additional funding to have each of the phone booths wrapped – turning them into art pieces and gathering places,” said Pestian. “It’s because of our incredible committee and our connections within Torchbearers that we were able to amplify Akron’s existing rhythm. Allyson and I cannot express how grateful we are for this experience and team.”

In partnership with 91.3 The Summit, the booths are on timers and have begun streaming an array of music from 7 a.m. to 9 p.m. The seven phone booths are all located at various locations along Main St. in Downtown Akron.

“This project confirmed what we all already knew—Akron. Is. Special.,” Boyd said. “Coming together with an idea and working to create vibrancy in a city we adore is magic.” Boyd shares her thanks, too, to the city of Akron, Pritt Entertainment Group for its design and implementation of the phone booth wraps and Clear Gold Audio for its assistance in the purchase of speakers.

An inside source reports that we can expect a flash mob sometime in the spring to celebrate “Sidewalks with Soul” songs. Stay tuned, music lovers.