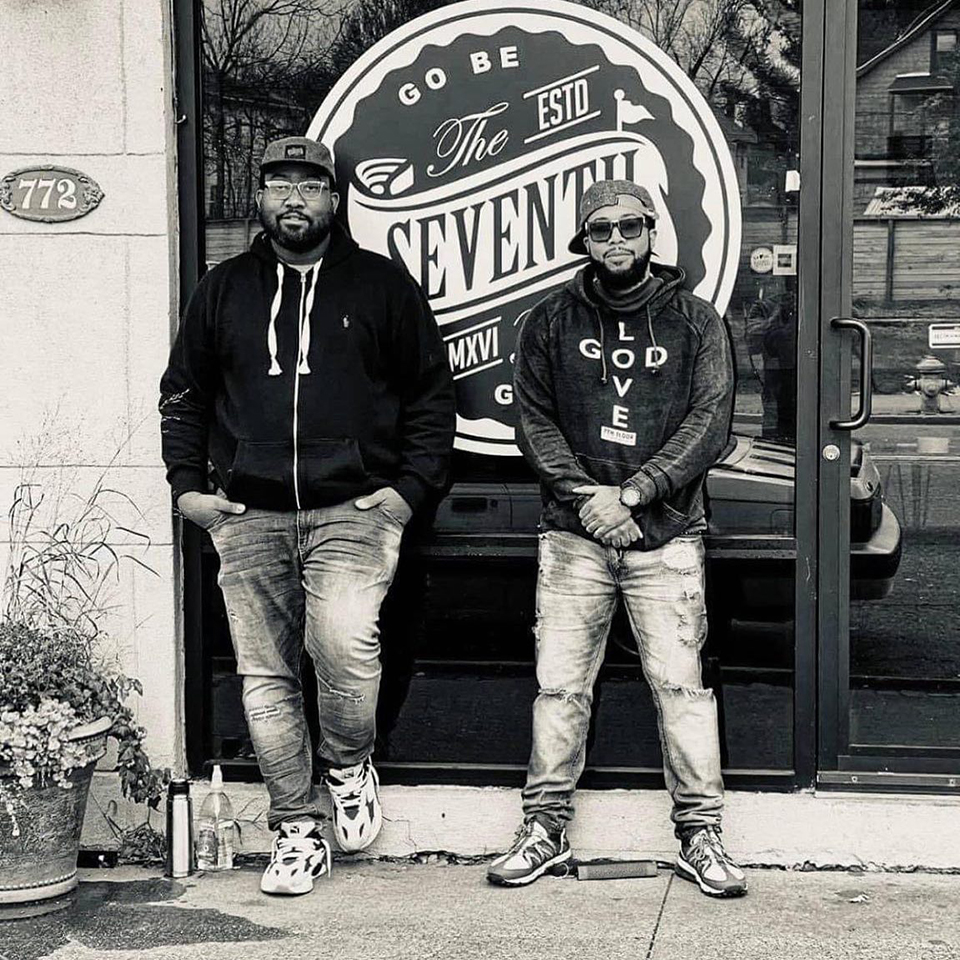 The inception of 7th Floor Clothing began when childhood friends Frank Miller III & Preston Clark came together in 2016 to collaborate on a t-shirt project during the 2016 NBA Finals. The two designers favored the hometown Cleveland Cavaliers over the opposing Golden State Warriors and expressed this on a pre meditated championship t-shirt. At the time of production, the series was far from over and tied at 3 games each. Luckily for 7th Floor Clothing, the Cavaliers reigned victorious and the tee shirts where a hit.