“Melodic-Radio-Ready-Rock-Band” Diamond Kites is announcing the release of “Working Life” EP. Three songs recorded before the pandemic and finished during the quarantine. The EP will be released Friday May 22nd on all digital platforms with a LiveStream release show Saturday May 23rd on the group’s Facebook Page sponsored by Central 8 Studios and Musica (the venue originally slated to host the real life concert.) A portion of proceeds generated from the LiveStream will be donated to Akron independent music venue Musica’s staff affected by the shutdown.

“Since it’s my actual birthday, we had the whole thing planned to do a blowout with all of our friends at Musica for the release show, but hey, the show must go on in some form, right?” says Jeff Klemm, singer songwriter for the band. Diamond Kites, along with virtually every band and musician around the world, has seen a busy spring and summer booked solid with concerts all canceled. “All shows are canceled until further notice. We had big festivals and super big shows planned, but now we have to resort to online concerts. I’ve done a slew of solo streams but this is our first full band LiveStream. The whole music industry is hurting, musicians, venues, promoters, bartenders, servers, literally EVERYONE in the entertainment industry." Says Klemm, who’s worked in music venues since he was sixteen and plays almost a hundred solo shows a year to support himself and his family. "Now more than ever, we have to support our local music venues and musicians or they’re not gonna make it through the year and we’re happy to support one of our favorite places to play.” 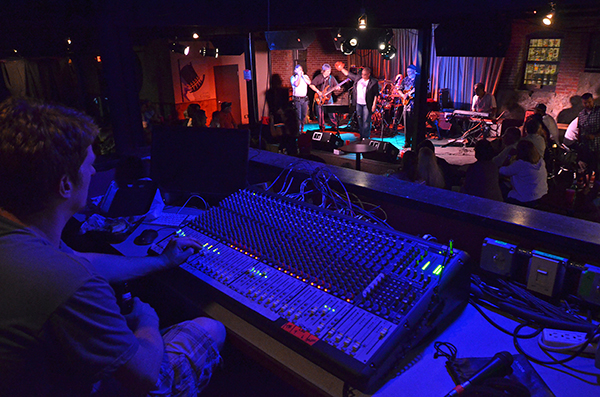