Adding to an already fun-filled schedule of promotions this summer at Canal Park, the Akron RubberDucks are proud to announce a night of family-friendly comedy featuring America’s Got Talent finalist, Preacher Lawson, on May 14.

This one night only event will be headlined by an hour-long performance from Preacher Lawson, who has been featured on BET+ for his 2019 comedy special, “Get To Know Me” and his very popular comedy page on YouTube. Lawson gained notoriety for performing his standup comedy on two seasons of America’s Got Talent— reaching the final round in season 12 and placing 5th in America’s Got Talent: The Champions.

The family-friendly and socially-distanced event at Canal Park will open to the public at 7 p.m., with the opening act taking the stage at 8 p.m., followed by Preacher Lawson’s headlining performance at 8:30 p.m. Fans of all ages are welcome to Canal Park for this event.

Tickets for this special night of comedy are $30 each in the seating bowl with pod seating, and $200 VIP upgrades are available for socially-distanced tables of four on the field at Canal Park. Tickets will go on sale Monday, March 29, and are available via akronrubberducks.com or by directly contacting the RubberDucks ticket office by email at ticketservice@akronrubberducks.com or by phone at (330) 253-5153. Due to limited capacity, demand is expected to be high for this event, so fans are encouraged secure their tickets early! 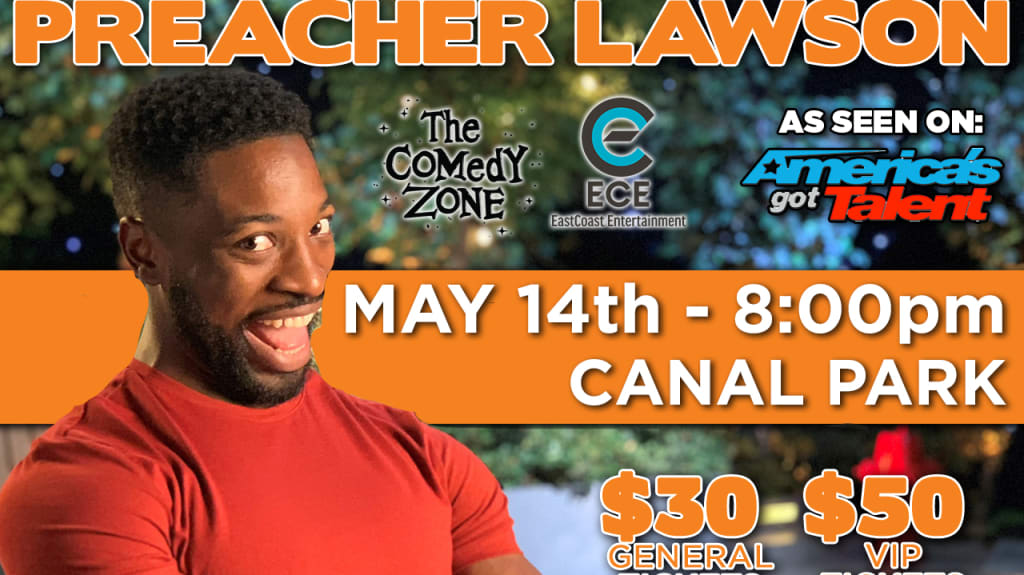