The Center for Applied Drama and Autism (CADA) will be hosting a virtual, inclusive, and accessible Variety Performance Spectacular on May 21, 2022 at 7:30 PM ET. With the support of the Ohio Arts Council, CADA is able to offer stipends and mentoring to each of the thirteen acts - which range from singing to dancing to clowning, and more!

Auditions for the variety show brought out old and new faces, from near and far! Amanda Bugenske, a long-time company member with CADA, will be acting as co-Emcee as well as reciting her original poem about Elvis. Another long-time CADA collaborator, JT Styles, is our other co-Emcee, in addition to executing a Bollywood-style dance alongside teacher, Bhawna Sudhir. The Cleveland Dance Project Company, a nonprofit contemporary fusion dance company that believes that dance and movement are for everyone, will be presenting a contemporary dance work to an original music score.

Linish Balan, joining us from India, will be performing a clown act with two other individuals on the spectrum. Linish first became involved with CADA when he was one of the playwrights selected for the Virtual One-Act Play Festival in 2021. He explains why he prefers clowning to acting: “I do not carry the burden of a character when I do clowning. When we do a specific character, there are always thought processes that occur. As I am struggling with my own obsessive thoughts, adding a character's thought process also to my mind is an extra burden for me sometimes. Clowning is just being for me. For my clown, no history and no future. He just exists, just being without thoughts. That's why I say clowning is my meditation/medication, despite people feeling it as silliness.”

Other performers include: filmmaker Gatik Pradhan, actor Mikey Boston, ventriloquist Sid Kranz, comedy duet Samir Hammoud and Wendy Duke, poet Sean Gianetti, musician Cyrus Shahriari, vocalist Vanessa Veneziano, stand-up comedian Max Elinsky, and author and advocate, Alicia Hopkins; as well as the entire Voice Acting class led by Eve Urban and Mikaia Ross. The variety of these acts is truly spectacular - don’t miss out on the fun! “Front Row” tickets where audience members can be in the Zoom room with live performers are available for $10 at: centerforada.org/upcoming-events/p/tickets. These all-access tickets include the chance to participate in the show and ask performers questions in a talkback session. 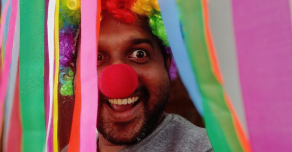 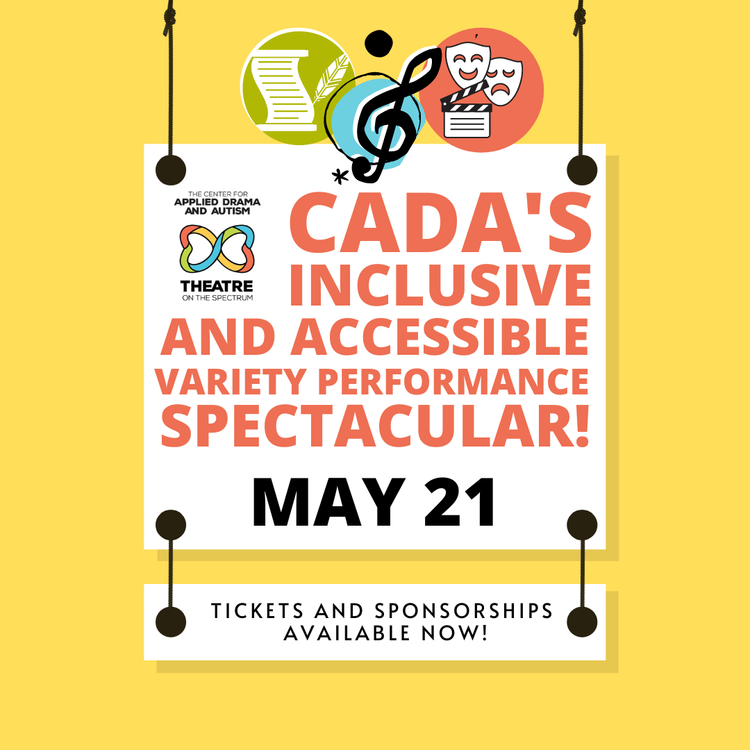